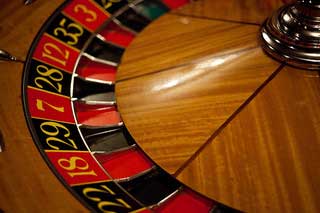 Have you tried introducing Agile Marketing into your organization and met resistance with something like “We can’t afford to do that right now. What we’re doing is too important to take a risk on something new.” Or perhaps the response is some variation of “We’ve always done six month plans and big, year long campaigns and it’s worked fine for us so far.”

I get it. Change is hard, and many people resist change.

But I think there is a case to be made that Agile Marketing is less risky than continuing with the status quo.

A lot of pundits have been speculating over the last week on why the Republicans and Mitt Romney lost the American presidential election. There are a number of reasons, and I don’t want to get into a debate about politics, but one of the reasons Romney and the Republicans lost is that you can’t stop change. As a nation, we’re becoming more diverse, less white, younger and many of us live in or near large cities. Those constituencies tend to vote Democratic. If your brand is almost exclusively focused on the old-guard, and doesn’t recognize the changes that are taking place in the electorate, you’re going to lose. Change may be hard, but losing is harder.

Of course this isn’t limited to politics. The move from traditional desktop PCs to tablets and smartphones is inexorable; you can’t stop it. Although they’re late, Microsoft has recognized this and their new operating system puts mobile first. If you can’t stop change, you need to learn to adapt to it. Anything else is, in a word, risky.

Agile Marketing recognizes that change pervades the world marketing lives in, and it sees the ability to adapt to change as a source of competitive advantage. For that reason, Agile Marketing is less risky than conventional marketing.

? It makes a convincing case that great innovations come not from a moment of eureka, but from the accumulation of a series of little bets. And little bets are (you guessed it) less risky.

Why put all or most of your budget into one big campaign where you don’t know whether it worked or not for 6-12 months? At that point, you’ve got so much vested in the campaign’s success, it’s only human nature to declare it a success, even if there are no metrics or tangible results.

Agile Marketing is all about little bets, rigorously measured, with results in days or weeks, not months or years. And if some of those bets don’t pan out, that’s OK. You haven’t spent the entire year’s budget. Go out and make another little bet.

Neil Perkin introduced me to the 70-20-10 model. Neil explains some of the origins of the model, but basically it comes down to this:

You can use this model to make the transition to Agile Marketing in a low risk manner. Take 10% of your budget initially, and devote it to some agile marketing projects. Don’t expect it to work the first time; give it 3 or 4 chances to succeed. Once you see some successes (and you will), then take an additional 20% of your budget and innovate off what worked.

Pretty soon, everyone else in the company will be asking how you did what you did, and they will be clamoring to learn about Agile Marketing.

By the way, this only works if you have a large enough team that breaking off 10% of the resources results in a critical mass of at least 3-4 people. What doesn’t work is to ask everyone to devote 10% of their time to Agile Marketing projects, while they spend 90% of their time on conventional marketing.

What do you think? Have you been faced with skeptics who think Agile Marketing is too risky? How have you addressed this objection?