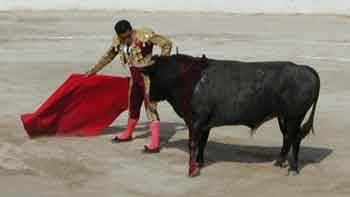 Last week, Google waved a red cape in front of the bulls of anti-trust regulators in the U.S. and Europe with the release of their “Search Plus Your World” feature. This feature highlights potentially relevant material in Google+ (but not Facebook or Twitter) when you perform a search using Google’s dominant search engine. It didn’t take long for the FTC to respond to the provocation; Search Plus was launched on Tuesday, by Friday The FTC announced that it would expand its investigation into Google’s anti-competitive actions to include Search Plus. But the FTC may be the least of Google’s concerns; of bigger concern should be the number of users of Google who are upset with them and beginning to use other search engines, primarily Bing.

Google became the dominant search engine based on two factors: it delivered the most relevant search results with its page-rank algorithm, and it provided simplicity and a very clean interface. With recent additions, including Search Plus, neither of these factors are true of Google any longer. For example, look at the search below for the term Facebook. Yes, the first result does take you to the Facebook site, as you would expect. But the five other results on the page take you to Google+. Similar things happen when you search for Mark Zuckerberg. It’s hardly believable that the most relevant information about Facebook or Mark Zuckerberg is on Google+. 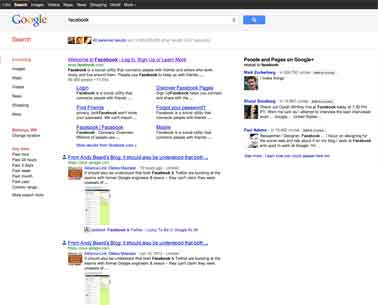 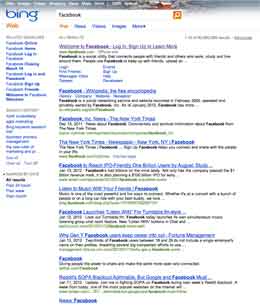 Compare this to the amount of information on Bing for the same search. Bing includes a Wikipedia article, two New York Times articles, industry news from Wired and TechCrunch, Facebook’s Twitter Feed, Facebook’s blog and an article from Forbes. If the two search engines were both starting from scratch, with no market share, isn’t it clear which one would be preferable? Of course, that’s not the case, and getting people to stop “Googling” has proven to be very hard for Microsoft. But if Google keeps shooting themselves in the foot, we may all be “Binging” one day instead.

As a business concerned about search engine optimization, you may want to build out a Google+ presence comparable to your Facebook or Twitter presences. That is, of course, what Google wants, and given their market power, they’re doing everything they can to promote their own social network.

What do you think?