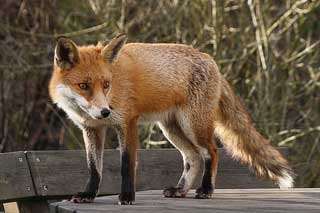 . Nate Silver, in case you haven’t seen him on one of the 20 or so talk shows he’s been on to publicize his book, is the statistician who correctly predicted the winner of the electoral vote in all fifty states in 2012 (49 out of 50 in 2008). He also correctly predicted 31 of 33 Senate races (he predicted two Senate races for Republicans that were won by the Democrats). There are some interesting lessons in the book for marketers, including the question, are you a fox or a hedgehog?

A Fox or a Hedgehog?

The concept comes from an Isaiah Berlin essay on the Russian novelist Leo Tolstoy, and goes even further back to a quote attributed to the Greek poet Archilochus:

The Fox knows many things, but the hedgehog knows one big thing

Silver applies this concept to political discourse, and describes partisan television pundits as hedgehogs, people who tend to see the world through their “big ideas” about the role of government, the effect of taxes on the economy, etc. Foxes, in Silver’s words, are “scrappy creatures who believe in a plethora of little ideas and in taking a multitude of approaches toward a problem.” In case you haven’t guessed, Silver sees himself as a fox. He offers evidence that foxes make better predictions because they are more willing to consider multiple points of view, and they are less likely to view everything through their partisan lens.

Here is a table from Silver’s book describing the differing attitudes of foxes and hedgehogs.

What do Hedgehogs and Foxes have to do with Marketing?

Traditionally, most marketers have been hedgehogs. They look for the big idea, the big campaign and express their vision of the future with confidence, rather than in probabilistic terms. Many marketers are like the pundits on television: entertaining, quick on their feet and quick to blame failures on “bad luck”.

But if we’re going to take an Agile Marketing approach, moving forward in small steps, and relying on observation and measurement to adjust our approach, we need to act more like foxes. We need to incorporate ideas from different disciplines, regardless of their origin. We need to be tolerant of complexity, and be aware that customers don’t always, or even usually, fit into our neat little buckets. We need to be adaptable – adjusting our approach quickly as we’re presented with new data. In short, we need to be foxes.

Nate Silver suggests several principles which should help us be more “foxy”.

Principle 1: Prepare For a Range of Possible Outcomes

Silver refers to this as probabilistic thinking. Too often, we only prepare for the most likely outcome. But what if several outcomes are possible: the most likely has a 40% chance of occurring, another has a 30% chance of occurring and a third has a 25% chance of occurring. The remainder are outliers. Marketers who present six-month marketing plans want to appear confident, not seem like they’re hedging or uncertain. And so they might present the most probable outcome as their prediction, even though the math says that there is a 60% likelihood of a different outcome. Sometimes we really don’t know, and it’s better to prepare for that range of outcomes.

Principle 2: Don’t Hold On to the Past

Some might see this as a sign of weakness, and certainly if our approach or our predictions are all over the map, changing daily, that’s a problem. But as John Maynard Keynes said when he was accused of changing his position on monetary policy in response to the Great Depression:

When my information changes, I alter my conclusions. What do you do, sir?

As marketers, we need to be open to multiple perspectives. Rather than creating the one big-bang campaign that is going to blow everyone away, sometimes we can be more successful creating mini-campaigns, targeting very specific segments of our market. This has certainly been the lesson of keyword marketing, where the use of slightly less popular long-tail keywords can often be more effective than paying a very high CPC for the single most popular keyword.

Internet marketers thrive by offering magic bullet techniques that are going to make us rich. But too often, the only person getting rich is the internet marketer with the not-so-magic bullet. Generally, there are no magic bullets, and good marketing takes skill and hard work. Recognize this, and invest for the long term.

What do you think? Are you a fox or a hedgehog? We probably need a mix, but perhaps with Agile Marketing, we need a few more foxes.

SprintZero and the Agile Marketing Manifesto

Results Are Not the Point