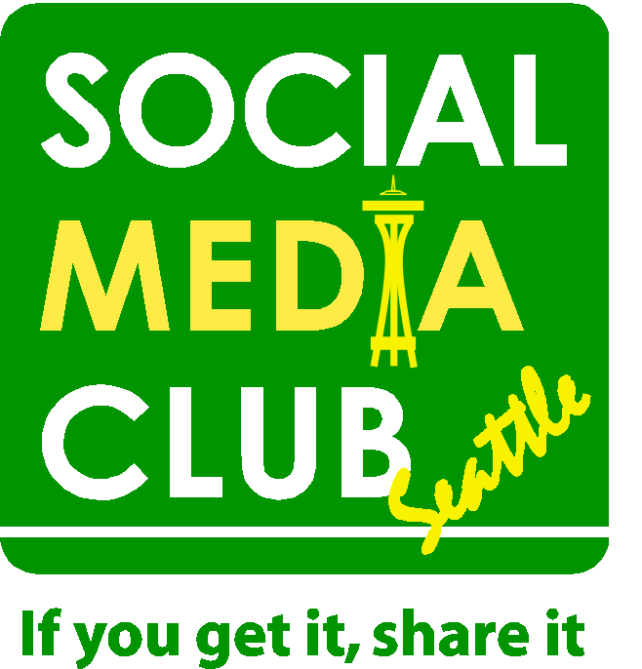 I attended the monthly meeting of Social Media Club Seattle last night, where the topic was “Agile Marketing: Adapting and Optimizing in Today’s Break-neck Brand World“. This was my first time attending SMC Seattle, and I was pleasantly surprised. Big turnout (my guess would be 120-150 people or so), two free drinks and an interesting panel discussion – no question I’ll be back.

Todd Shimizu of Ants Eye View did a great job moderating the panel, which consisted of Kevin Scott of Cisco, Jonathon Colman of REI, and Greg Meyer of Salesforce.

Todd started out by simply asking the question “What is Agile Marketing?”, asking each of the panelists to give their definition. I thought the answers were instructive. None of them defined Agile Marketing in terms of a manifesto, a certain set of values, or things like Scrum, Sprints or User Stories. Jonathan said Agile Marketing is all about “getting shit done”. He went on to talk about how he’s a bit of a perfectionist, always trying to make something perfect before they release it to customers. Agile Marketing, according to Jonathan, “allows us to release ourselves from this idea that everything must be perfect”. Instead, he said, you can iterate towards your target, shipping things sooner and getting more things done.

Kevin also mentioned the importance of involving the leadership team in the transition to Agile. It’s important not only because you need the support of the leadership team, but also because they need to have more than a superficial understanding of what Agile Marketing is all about.

Todd asked about how you get buy-in from the organization, and Kevin advised that organizations not start with something too big. You should “break it down”, he said. And then, once you have results, “scream your successes from the mountaintop”. Kevin (and Todd, who was involved as an advisor in Cisco’s transition) admitted that there were certain antibodies to begin with. Todd described how he had sat next to someone during training who was highly skeptical, but by the end of the first Sprint was Agile Marketing’s biggest fan. Kevin also talked about how the verbatim feedback was fantastic, with comments like “why don’t we use Agile on every project?”.

Jonathan talked about burnout. Although Jonathan didn’t mention it specifically, in my experience people new to Agile Marketing hear the term Sprint and the whole iterative approach, and they assume that after two or three Sprints that they’re going to be completely burnt out. But Jonathan had an interesting point. He believes that doing too little also reads to burnout. You do great work on a plan and in preparation for a big project, then it gets cut off for reasons that make no sense and are probably political. That can lead to burnout. He referred to the sheer joy of getting things done with Agile Marketing, where politics just seems to fall away.

The panelists had an interesting discussion about the terminology of Agile Marketing. At first, Cisco management advised the leaders of the project to change the terminology; they didn’t like the terms scrum, sprints or especially the concept of chickens and pigs (pigs are totally committed to the project and accountable, chickens advise and are informed). However, the rank and file wanted to keep the terminology. They felt that if they were going to learn Agile, they wanted to learn it the right way, and if they ever went anywhere else, or even if they communicated with other teams practicing Agile, they wanted to stay with the common terminology.

Jonathan had an interesting perspective on the notion of accountability. Too often, he said, accountability is used as a cudgel. Perform or else, particularly on a set of objectives that you, the employee, have had no say in setting. In Agile Marketing, by contrast, accountability is “a blanket that you wrap around yourself” when you commit to work in a sprint planning session. This echoes Daniel Pink’s work on the importance of autonomy and the human need to direct our own lives.

There were quite a few good questions from the audience and I don’t have space to cover all of them.  I’ll just mention one: someone asked “how do social media and Agile Marketing relate?” Kevin replied that the need for speed and reacting in real-time applies to both. Jonathan elaborated that Social Media and Agile Marketing are also about iteration. With Social Media, you try something out, measure the customer response and proceed according to the feedback, doing more of the same or trying something else.

Altogether, it was a very enjoyable evening, and I’m glad to see Agile Marketing get such a good reception in Seattle, my home town.

Newsjacking: A Powerful Way to Get Your Message Heard

Why Marketing Must Also be Lean